Deleting a project in the Windows host will prompt the user to type in the project name as confirmation of the deletion; deletion of a project is permanent and non-recoverable. If the project deleted has child projects, deleting the partition/parent will also in turn delete the children projects. 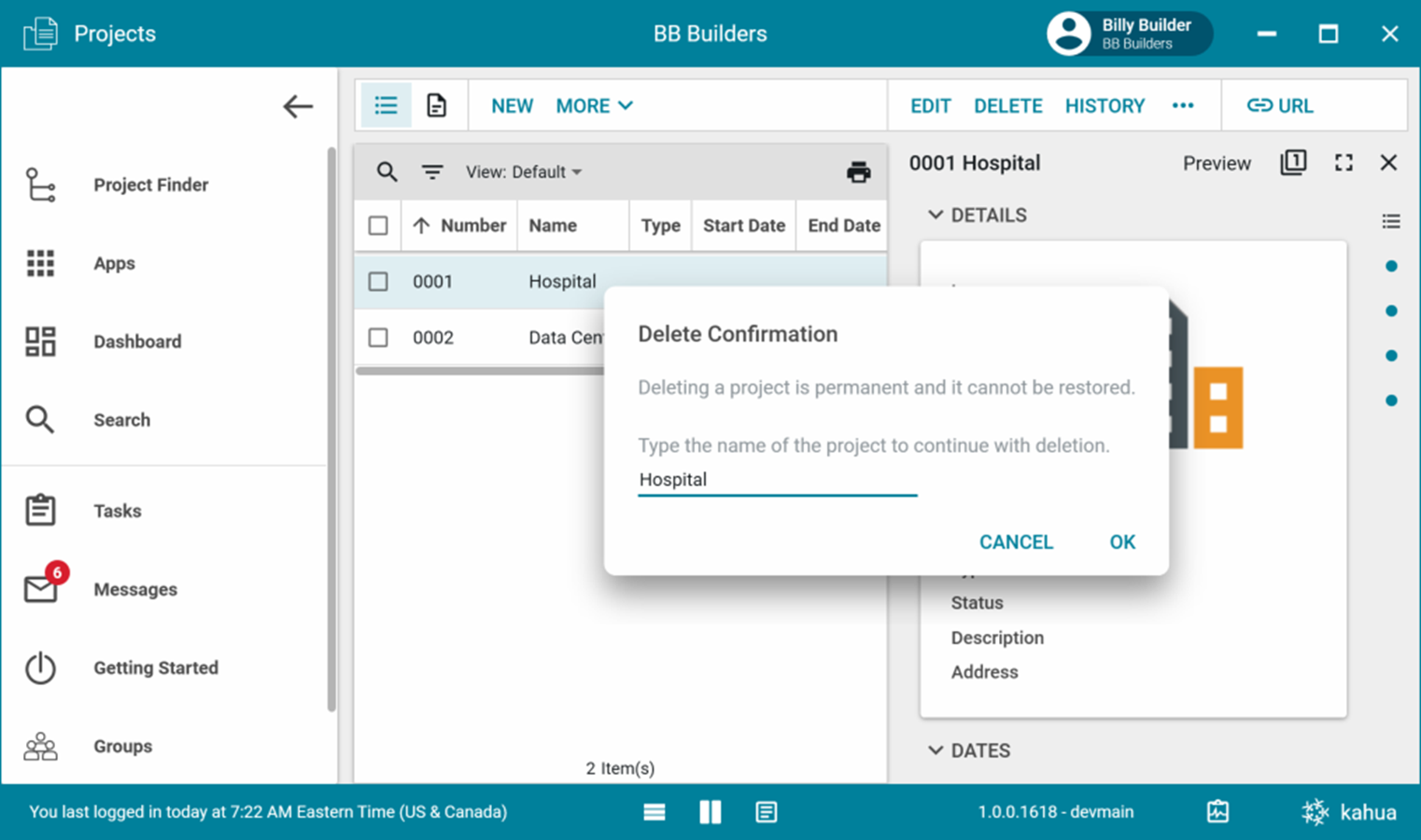 When a new user attempts to join Domain, the Domain Admin will receive a task to confirm install of any apps that would be installed to support the shares included in the invite. This will ensure no applications get installed without explicit permission from the Domain Admin.

Note - This app must be enabled in Configuration on existing domains.  This will allow the domain administrators to enable and set appropriate access in Groups prior to utilizing 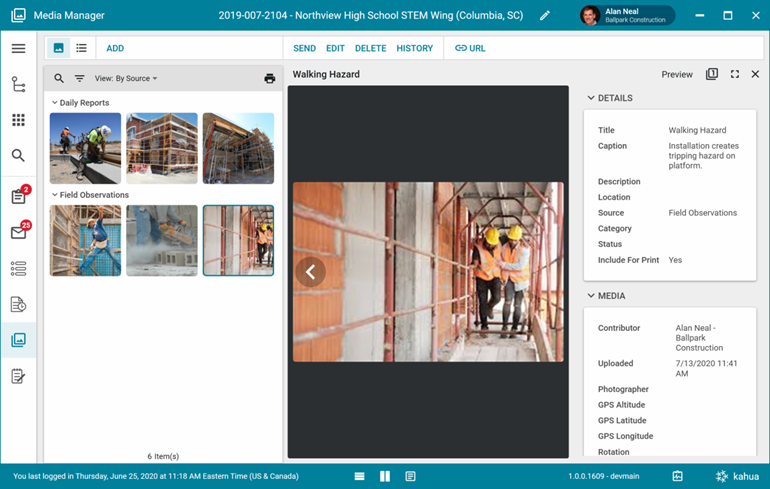 The media component has been added to the following base apps and Kahua extensions, in addition to Daily Reports:

We have added a Caption attribute that can be added to Word templates.  When uploading the media, any content in the Comments will be pre-loaded as the Caption, which can be edited at a later date.  For reference, when creating PVs that utilize the Media component, use these tokens:

To include the caption under the photo:

To include the filename, location and caption under the photos separated by dashes:

If you have a custom extension in any app and would like to include the Media Component, please contact your Kahua Account Manager or a Partner developer.

While the ability to associate a Kahua Document with one or more other Kahua Documents and/or Files has been a long-standing feature of Kahua, this capability now has several new functional and usability improvements: 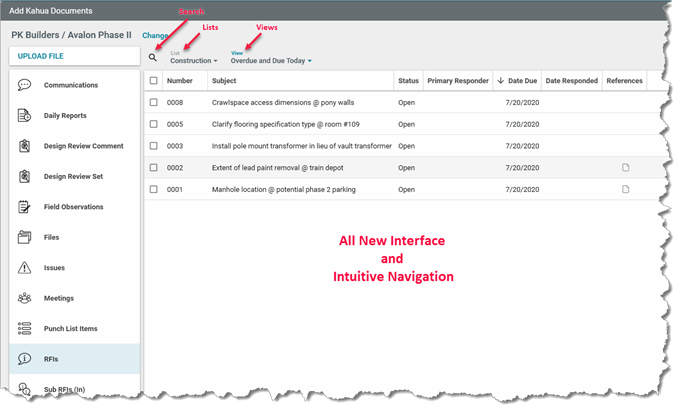 Columns headers within the Reference Control can now be selected to sort the reference files as desired.

Our Mac host continues being updated to move towards parity with the Windows app, including update of the below. The New UI for the Mac host will continue through future releases as well. 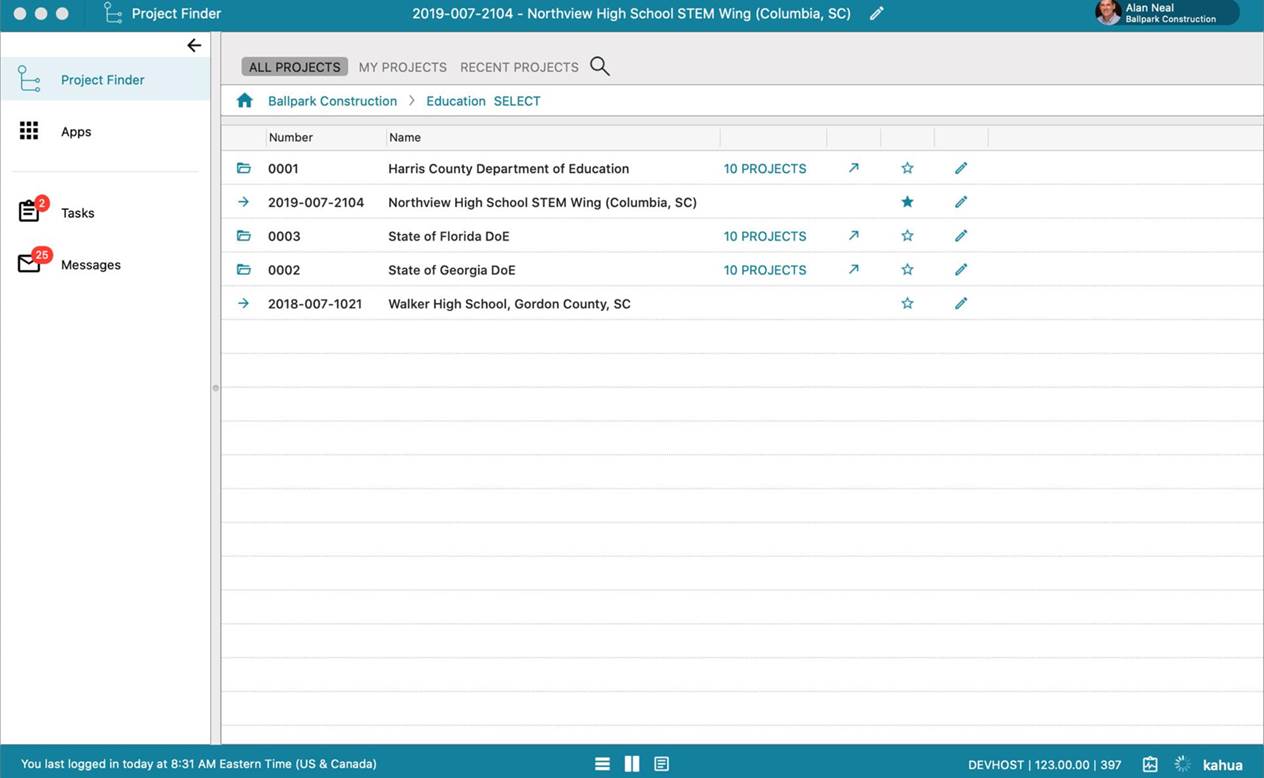