My Settings (formerly User Settings) has been updated to display as a modal window on top of the Kahua application. In addition to the existing functionality for General, Profiles, Password, and Signature, functionality for configuring Local Files (formerly File Sync) has been moved out of the system status tray to be included in the modal. 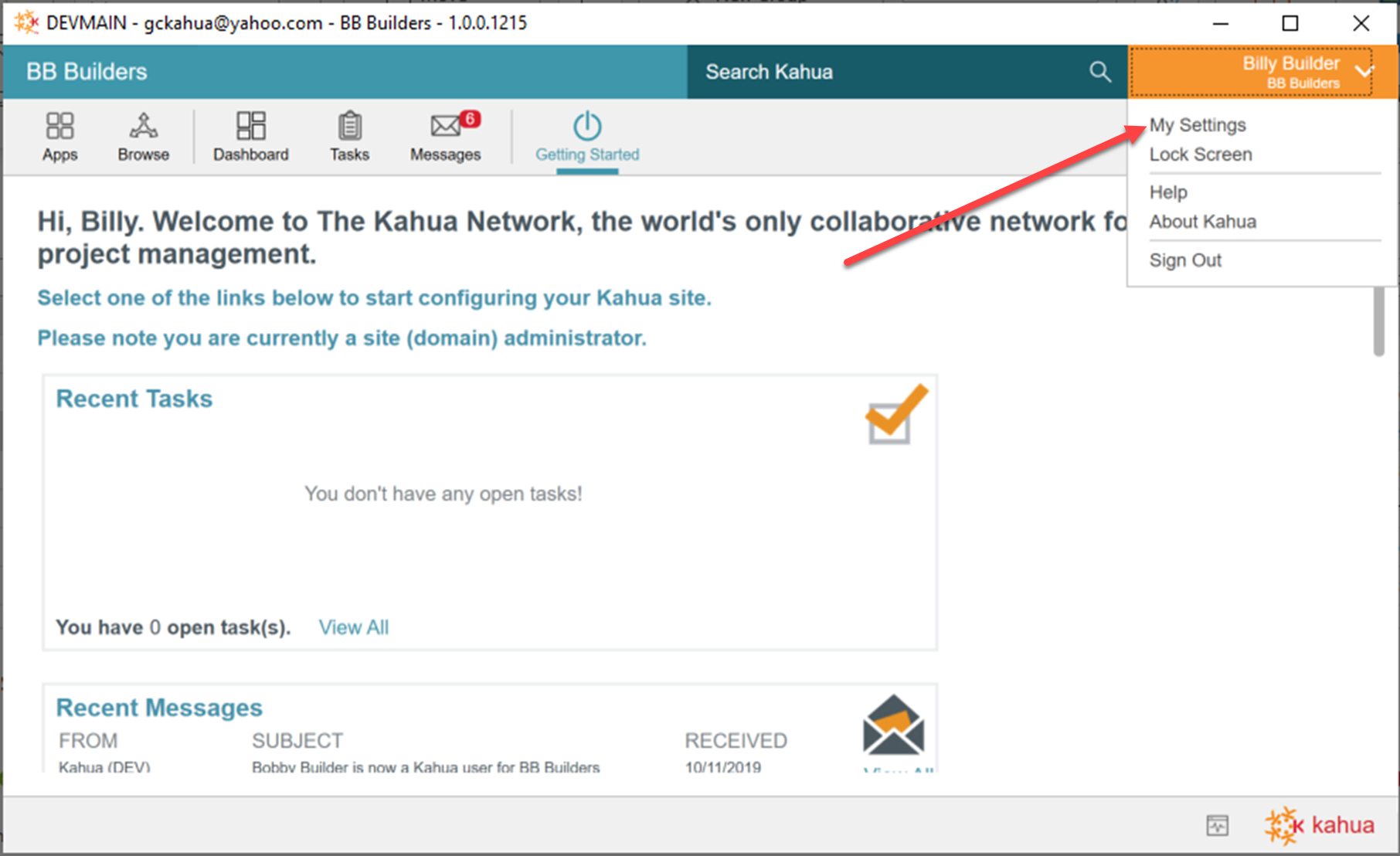 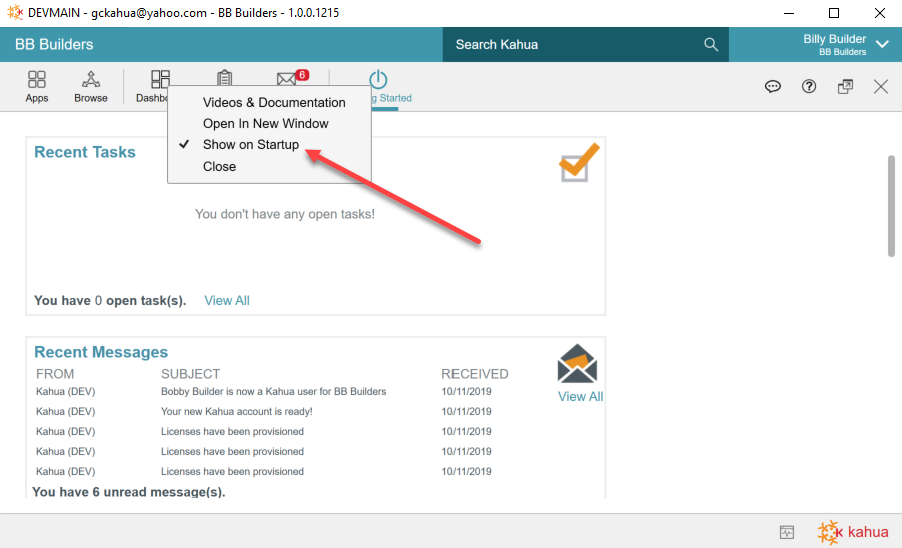 File Sync has been renamed to Local Files. Configuration has been moved from the Status indicator to the My Settings app. New features of Local Files configuration include: 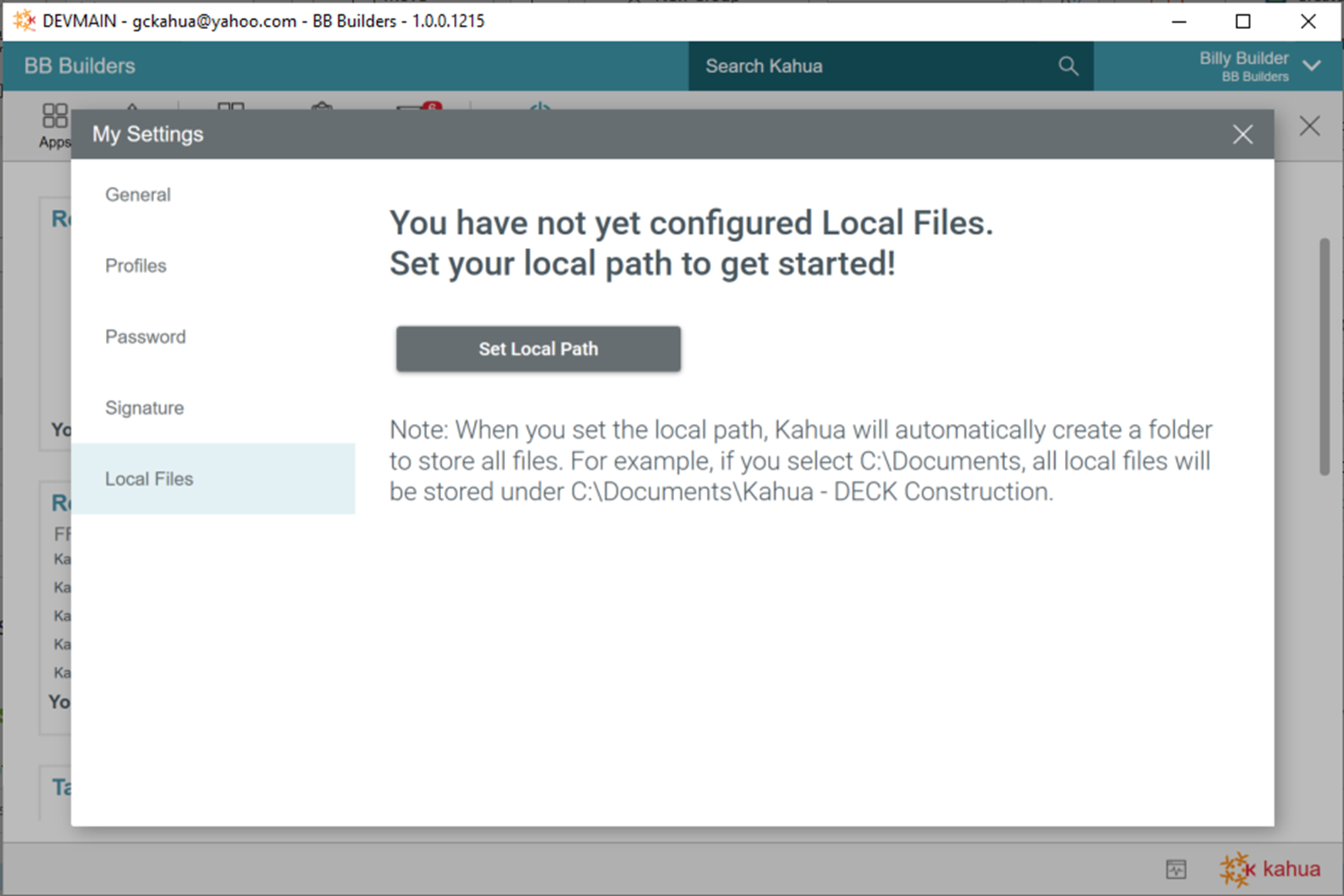 Kahua is introducing the Work Packages app, which provides a way to group or “package” together dissimilar Documents (e.g., Contracts, Drawings, Meetings, RFIs, etc.).  A Work Package select will be added to several Kahua apps in the future.  App Developers can take advantage of this information.  For example, if a default set of “Reviewers” is defined, the Work Package app can help ensure that certain workflows use the right individuals for review and approval steps.   Additionally, setting up a default “Distribution” can help ensure that the correct individuals are always notified when certain documents are approved and/or made available.

The Work Packages app will be installed in all Kahua Domains as part of the Kahua Platform license. 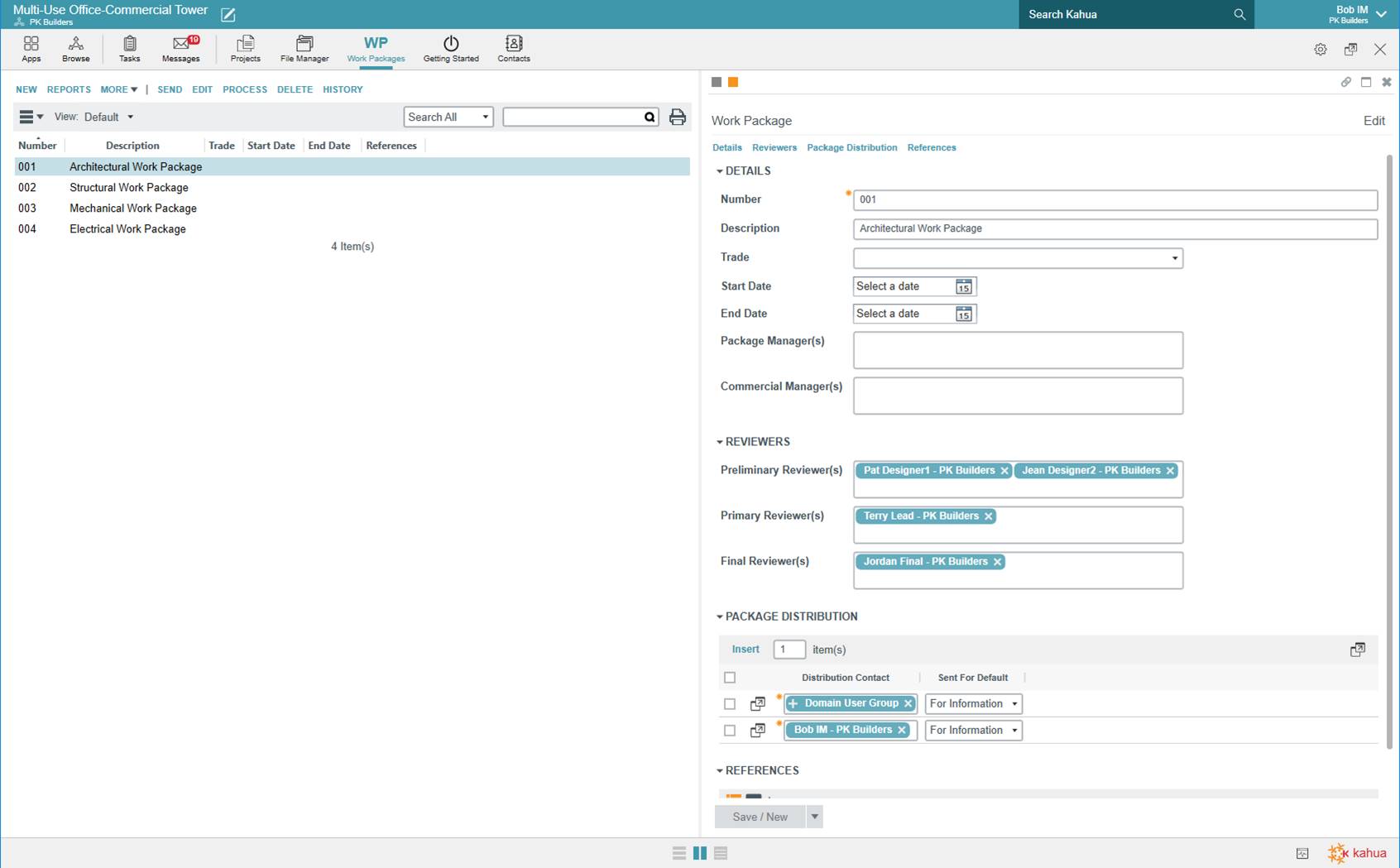 The following updates have been made to the Kahua Approvals app.  Approvals can only be set up in apps that define their usage.

•    Options are now available for task type approvals to use comments and references or to make them required.

•    When adding actors to an approval that uses limits there is now a checkbox to indicate unlimited amount.

•    Enhancements have been added for eSignature type to pass the signatures back and show them in a table on the preview and provides tokens to show the signatures on a portable view.

•    The screenshot below is just a sample of the options that could be set up if you app supports approvals. 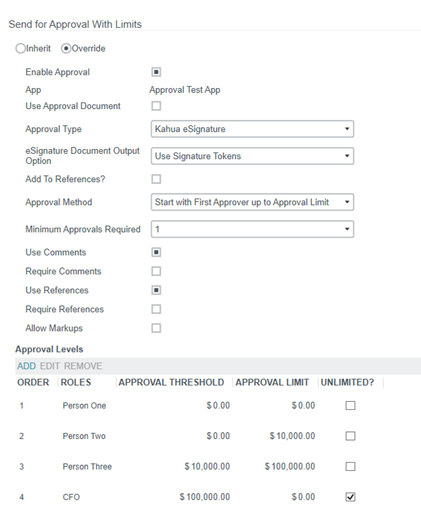 We’ve updated our integration with DocuSign to support the Autoplace Tabs functionality.

When a recipient receives a document with Autoplace Tabs, they will have the ability to simply click to apply their signature and/or initials.  DocuSign will be aware of the precise location in the document where their signature is to be placed.  The date is automatically applied based on the current date when the user is viewing the document. 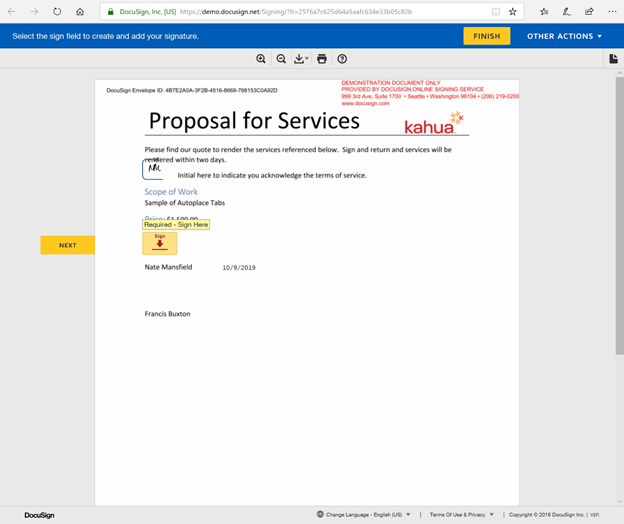 Each tab placed in the document allows the next user to sign in the indicated space. For example, This document has two signature lines.  After the first person in the approval workflow has signed, the second recipient is prompted to sign on the next line.

This functionality should be used in conjunction with the Approvals app and the appropriate Word tokens for your templates.  For more information about this functionality, see the following support article https://kahua.freshdesk.com/a/solutions/articles/24000047302?lang=en