This article explains multi-currency configuration for admins with the Kahua Standard package installed on their domain. For "Kahua for X" (Owner, GC, K-12) package multi-currency, also known as the baseline currency method, please refer to this article.

Kahua supports many multi-currency scenarios, ranging from just-a-few currencies on a project to supporting all the world’s currencies.

Currencies, and their default exchange rate to the domain currency, are set up at the top level of Kahua – the domain. Child programs and projects, technically known as Kahua Partitions, may inherit these currencies and exchange rates or define their own.

Currency Types allow for different exchange rates for the same currency to be used for reporting (see Reporting Rate) or different document types. For example, the administrator can configure budget documents to use one currency type and contracts / Purchase Orders to use another.

For single-currency documents, such as a contract document, all new cost data on that document, such as new items, will use the same exchange rate.

For multi-currency documents, such as a budget document, each line item may be in a different currency. In this case, Kahua gets the latest exchange rate from configuration when a new item is created.

Currency configuration at the domain sets up the available currencies and the default rates for use on all projects within that domain.

The domain currency is set during the creation of a corporate domain. This information is gathered as part of the initial Kahua setup for a corporation. This cannot be changed after the initial setup.

Rates at the domain level

To make a currency available to a project or program, add it at the top level (domain) partition first.

To add a currency, go to the “Currency” tab of the configuration application.

On the "Rates" subtab, click "Add" in the Exchange Rates Table. 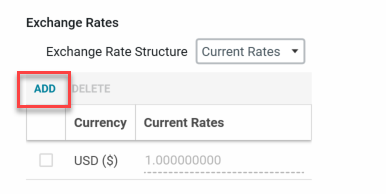 In the resulting modal, select which currency to add and click "Ok."

The new currency is then added to the exchange rates table and is usable across all projects within the domain. 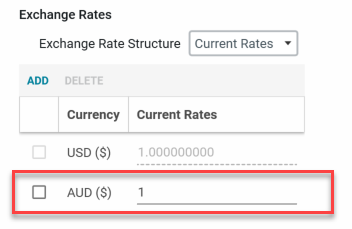 Name the new rate type and click "Save". After saving, relaunch open applications (including the configuration app) for the new configuration to take effect.

After restarting the configuration app, the new rate type can be included on any project by checking "Include" in the "Rate Types" table on the "Rates" subtab of currency configuration. Admins can create unlimited rate types. 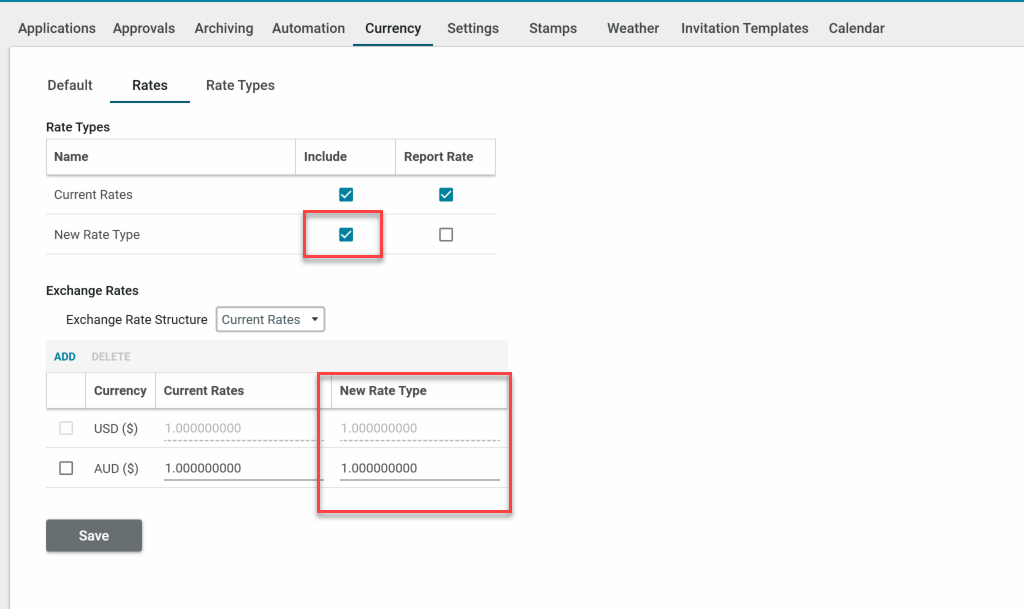 What Exchange Rates to Use

Exchange rates can be updated for each rate type of each currency at any partition on the Rates subtab. 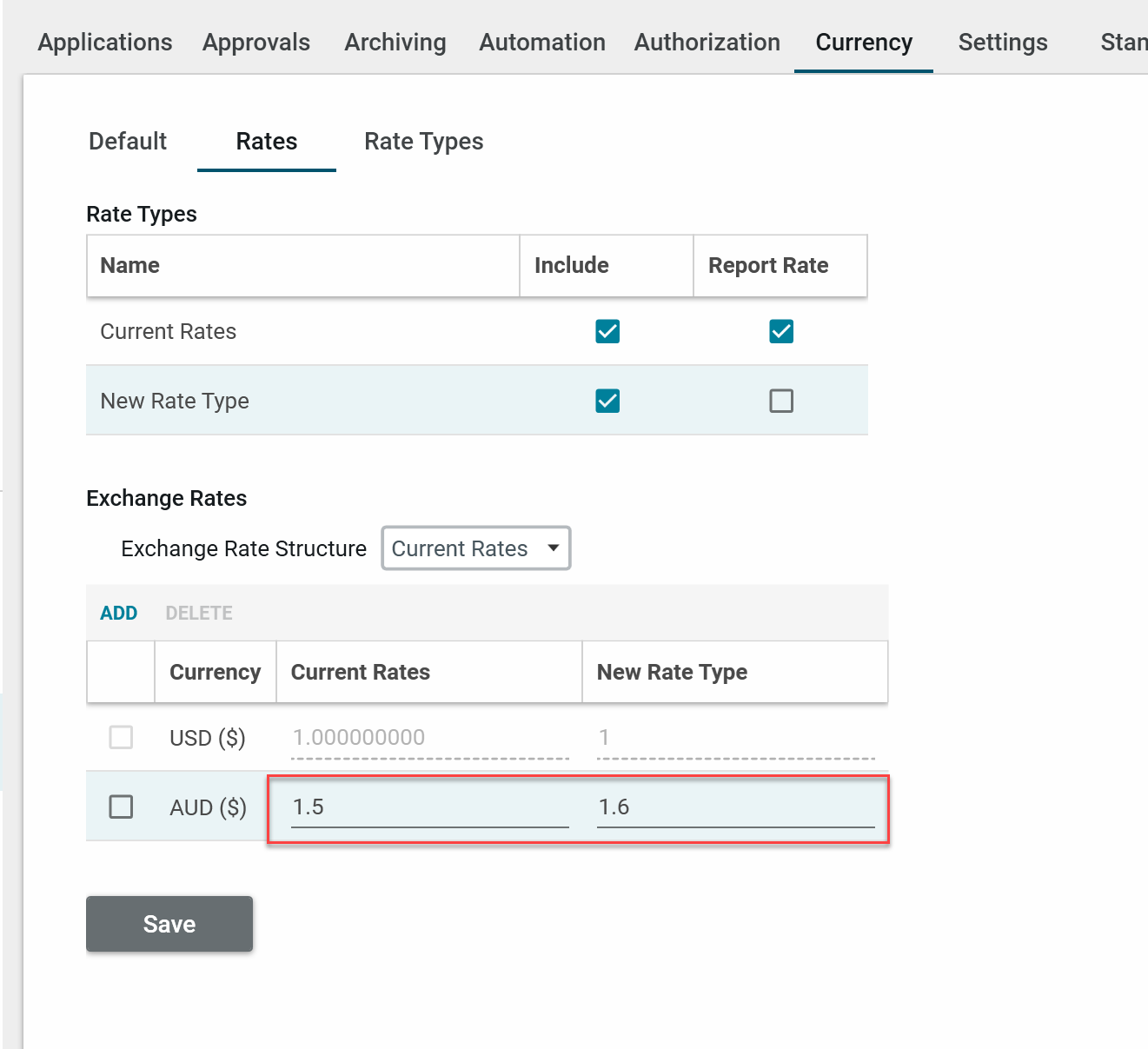 Admins can configure their project to use dated rates by selecting "Dated Rates" in the "Exchange Rate Structure" lookup.

This option allows admins to insert multiple sets of exchange rates for the same currency and provide an "effective date" for when each set of rates should become active. 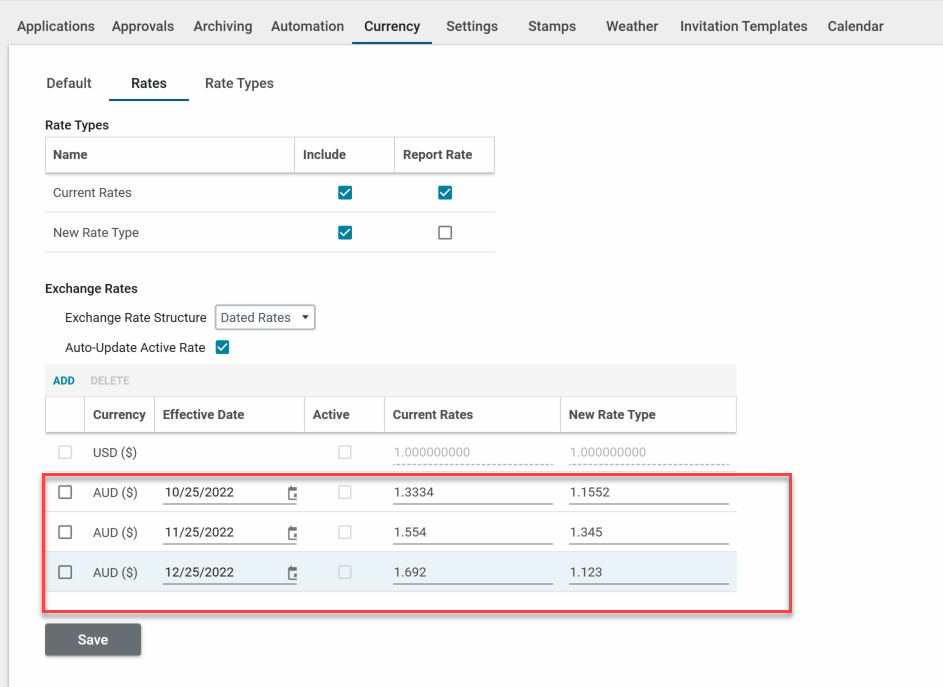 By default, the "Auto-Update Active Rate" checkbox is selected. While this setting is active, the dated exchange rates used will auto-update based on the effective dates of each rate set. 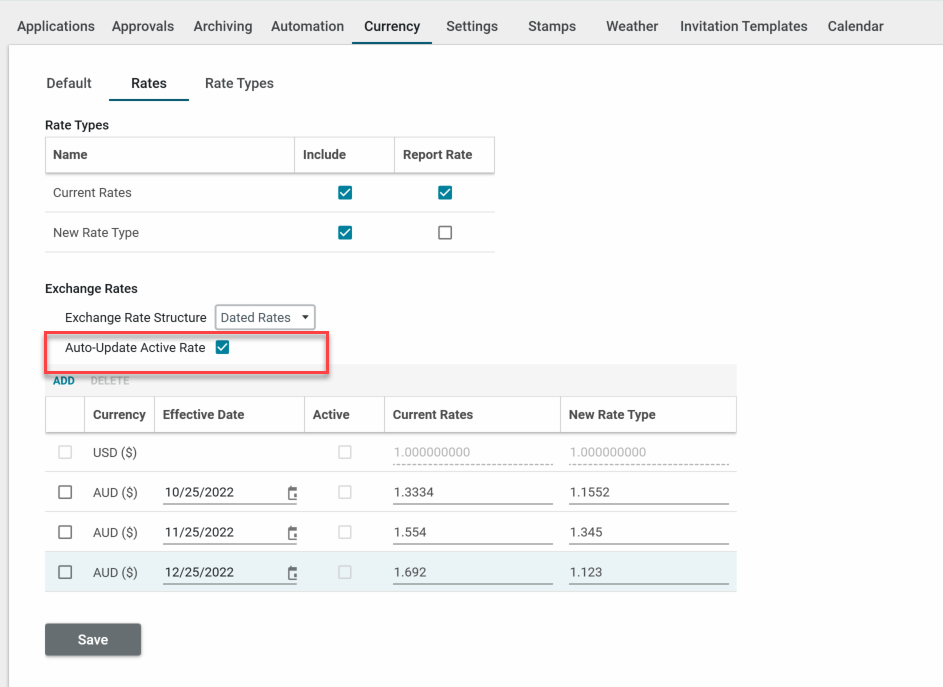 To disable this feature, toggle the checkbox to off. While disabled, admins must manually select a dated rate set to use as the active rate. 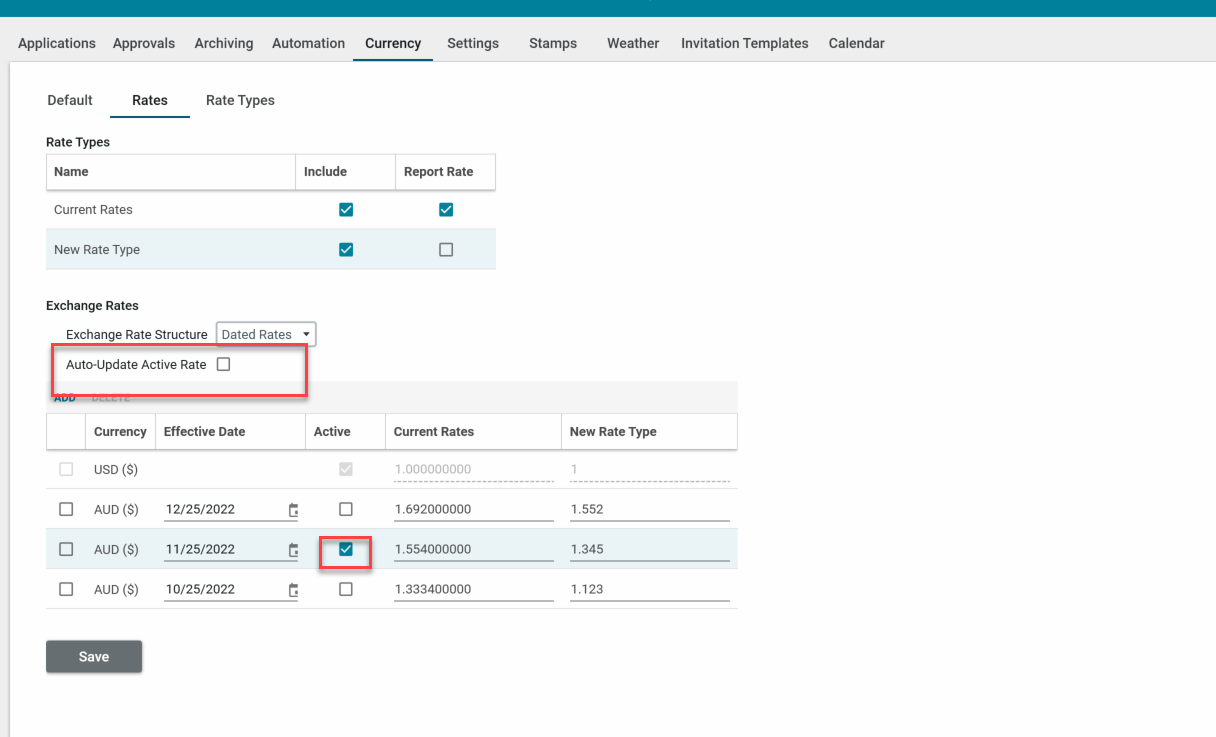 Each project can have its own currency, selected from the available currencies (see Adding Currencies) for that project.  This is the currency the project “thinks” in and the unit the system persists in the database. 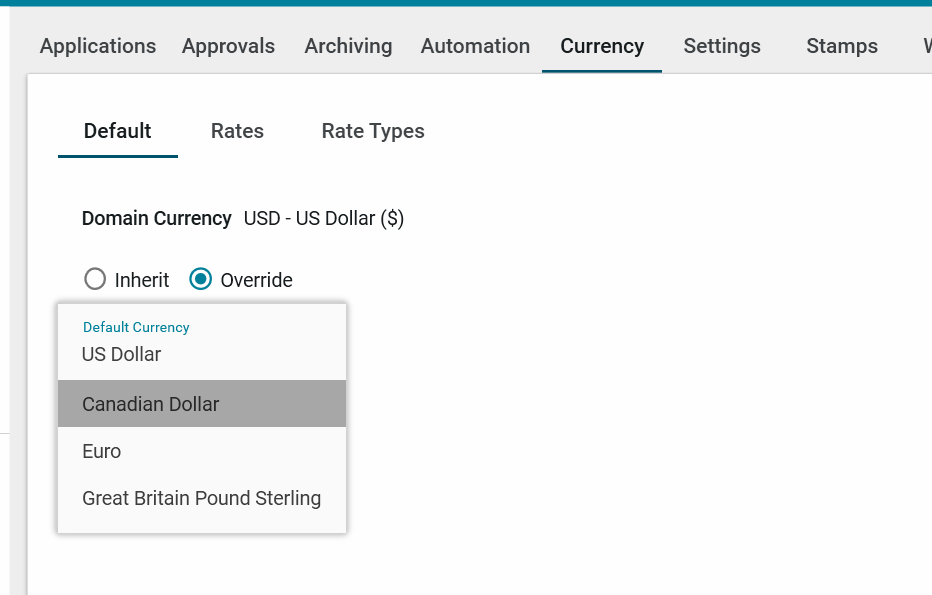