We have removed the “Join Now” link from our website.  The result is that new users will not be permitted to self-register to Kahua.  All new users must be invited by another existing user.  Kahua provides the opportunity to invite new users to Kahua from several areas of the product, including the Users app, the Contacts app, the Groups app and the Project Directory app.

We have also streamlined our standard product offering by consolidating the Platform and Document Management licenses into a single, role based offering.  Included with this change is the requirement to be a licensed user to access File Manager.   All existing unlicensed users as of January 31, 2020 will continue to have access to File Manager through November 30, 2020.  This means there is no effective change to Kahua behavior for any existing user accounts until next November.  On December 1, 2020, all users will be required to have a paid Kahua license to access File Manager.

Kahua has new navigation! As part of our major overall and update to the Kahua interface, we now have updated navigation consistent with the latest IT standards for desktop and touchscreen devices.

Changes to the app bar include:

Changes to the header/footer include: 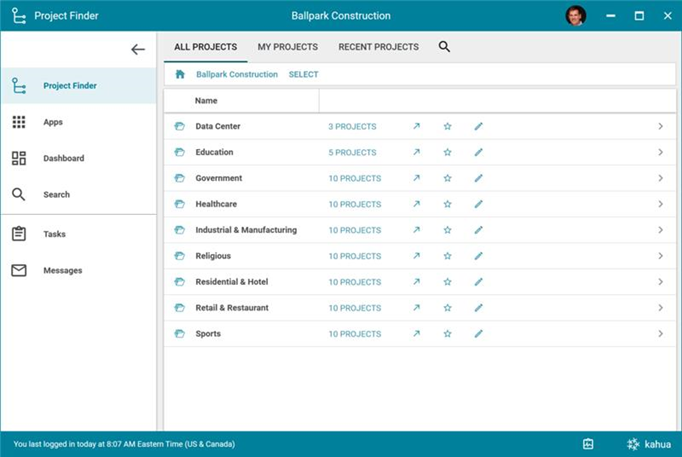 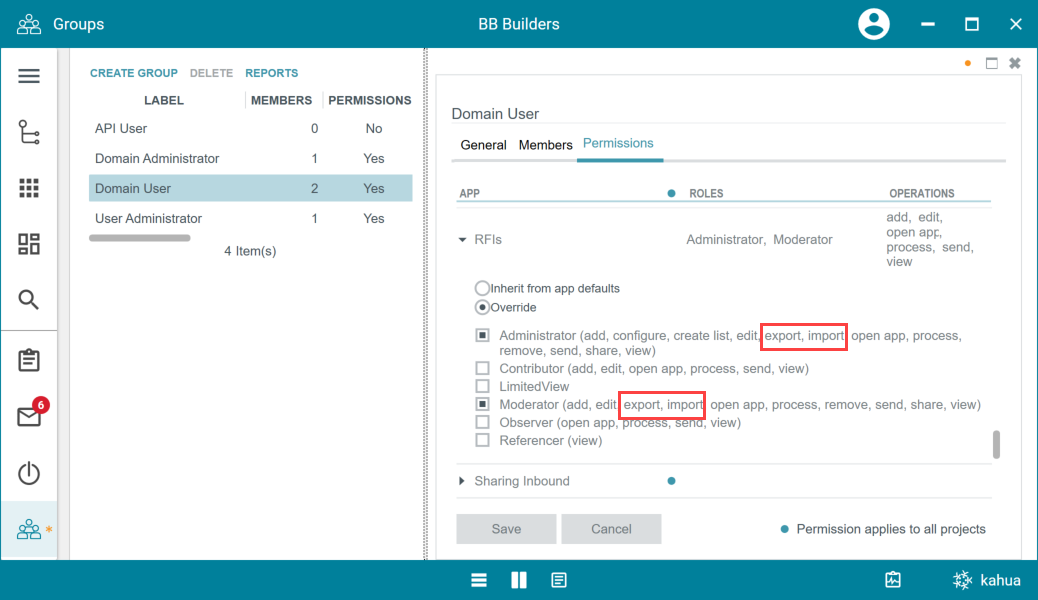 As new folders are created, users can select the type of files that will primarily be uploaded to the folder.  The "Folder Type" selector will be defaulted to the folder type of the the parent folder.  There are no restrictions on file types uploaded to a specific folder.  E.g., it is acceptable to upload a Word file to a Media folder.

Kahua’s file viewer now includes its own built-in Markup Tool.  The Markup Tool enables collaboration on documents and a visual way to identify issues on those files requiring clarification or action.  The Markup Tool provides the ability to annotate with clouds, basic shapes, lines, arrows, text, virtual sticky notes, and more.  Each Markup is stored with information that identifies who made the markup and when it was made, with the option to input individualized comments as well.  Though Kahua continues to support its built-in integration with Bluebeam, everyone in Kahua now has the option to apply markups and annotations to any of their documents without needing any additional software.

In addition to the new Markup Tool, Kahua’s file viewer has been further enhanced to increase its usefulness.  A richer set of navigation tools have been added, and now also includes features such as Search and Copy-and-Paste. 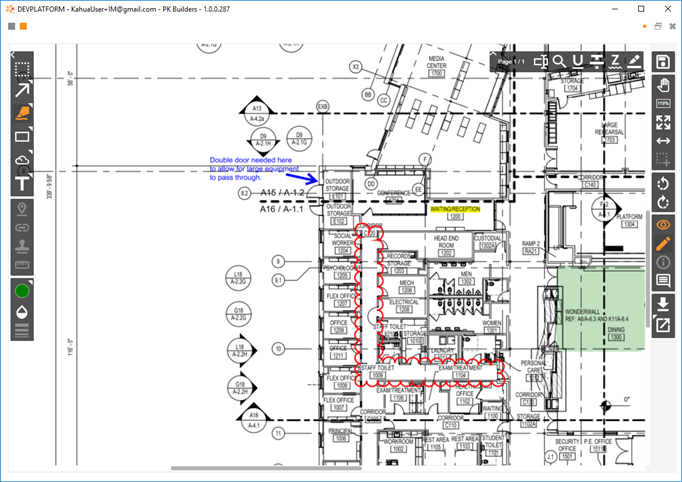 With Kahua’s built-in Model Viewing & Markup tools, anyone in your organization can have access to the rich information that models provide without any additional software and without requiring BIM expertise. 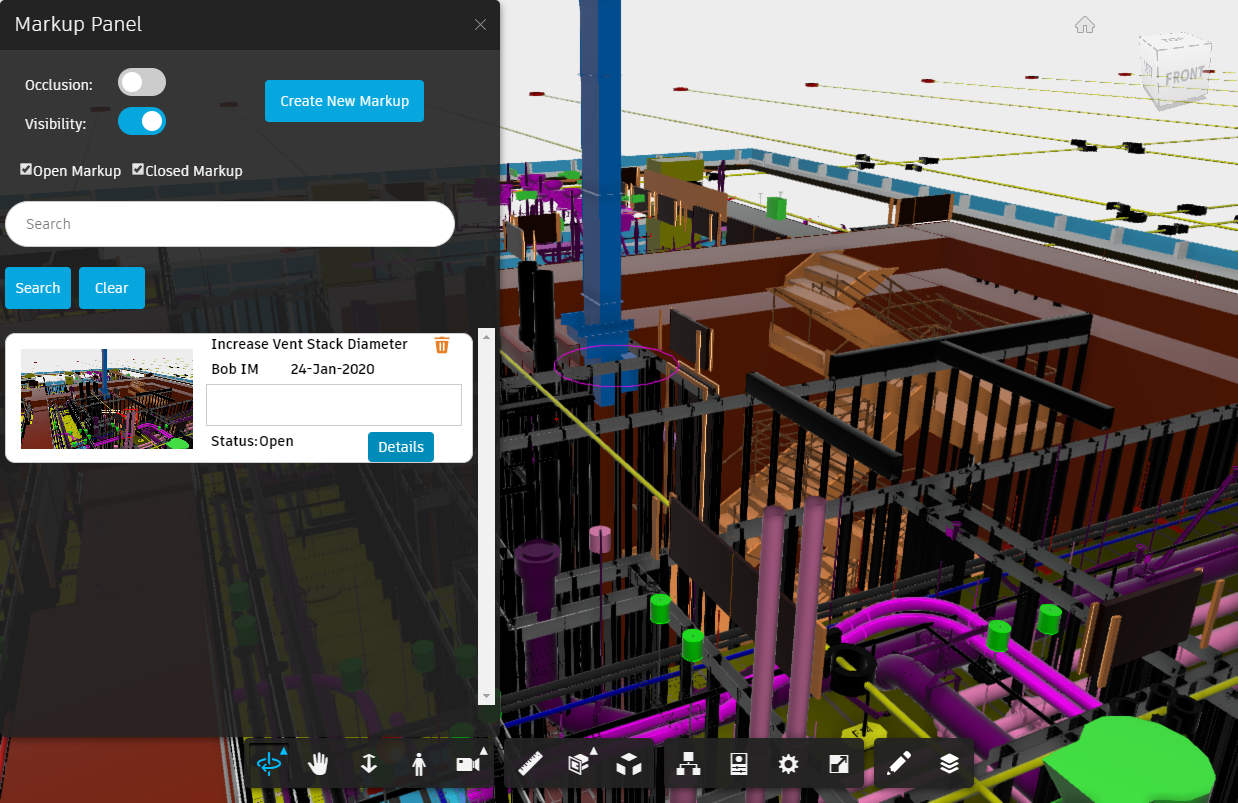 Kahua has added the ability to create a new contact in the Project Directory, within both the People and Companies sub-apps. 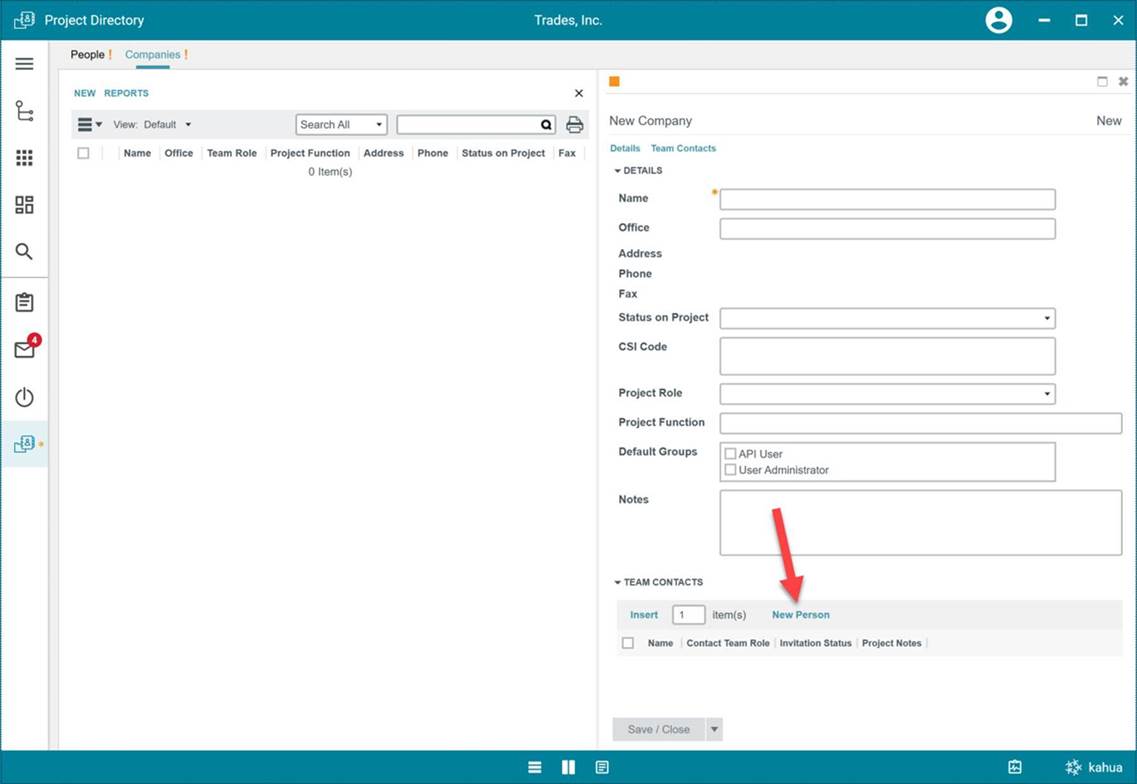 Kahua has added a second system view to the RFI app for Overdue and Due Today records.  This will filter to only show RFIs are due in today or in the past and do not have a Date Responded entered. 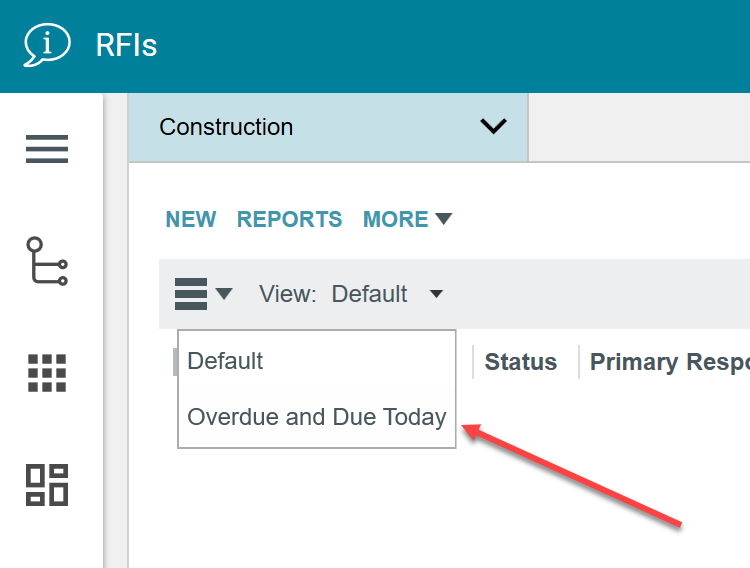 Added Selective Sync functionality to Local Files (for users that have access to selecting folders and files to sync).