Kahua's project browse function has a new look and name! Now called Project Finder, the new interaction makes it easier to navigate up and down the project hierarchy. Individual projects can be starred to add to the quick access My Projects list. For project managers, click the edit icon by the project name to edit project details straight from Project Finder.  The first time a user opens the Project Finder, they will be guided through a short tutorial. 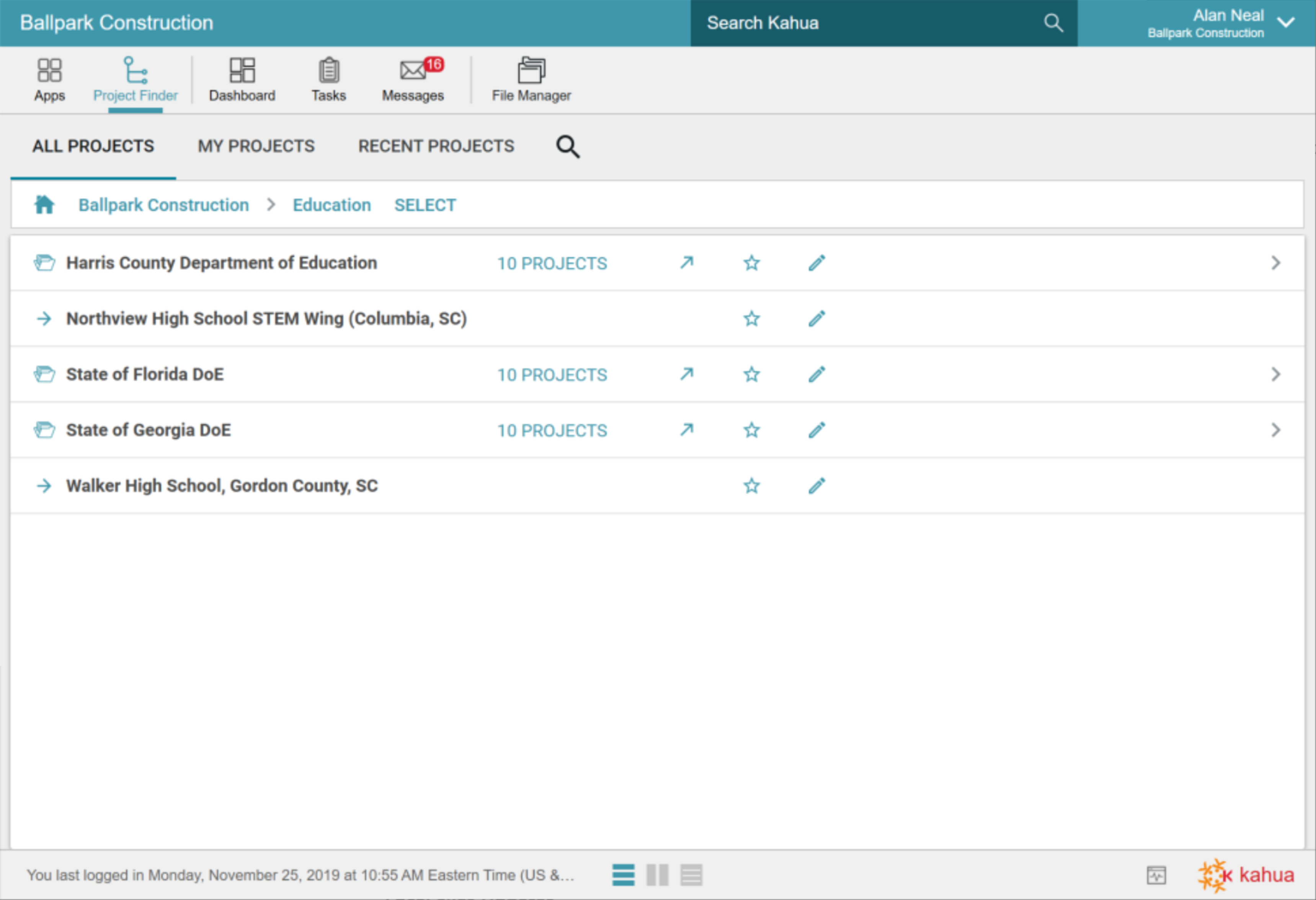 We've made several changes to how tasks are processed to improve performance and better handle pending tasks when a user signs out. We've also added and clarified messaging around folder/file deletion and user permissions.

On lists with multi-select enabled, added shift+click on records to select a range and ctrl+click to select records without needing to click the checkbox directly.

We have also added Multi-Edit and Multi-Delete functionality to the following apps:
Budget

The Meetings app will be updated with several pieces of new functionality.  Due to the data migration involved with these changes, this functionality will not be released until after our data center move via a weekend maintenance update in January 2020.  Changes include:

For customers with the Kahua Packaged Submittals workflow extension, the workflow has been updated to permit sequential review for Consultant reviewers. This provides complete flexibility for when and who reviews a Submittal.  Checking the ‘Sequential Review’ checkbox allows a user to define the order in which consultant reviewers receive a task. When using this functionality, the first reviewer MUST complete their task before the submittal is sent to the second reviewer. If the Consultant Reviewers have the same Order value, they will receive the task simultaneously and it will only require one of the users to respond to move on, unless the ‘Response Required’ checkbox is checked. In that case, the reviewer must respond before the record will proceed.  Prior to any Consultant Reviewers receiving tasks, the Official Reviewer must start the consultant review and also has the option to end the consultant review at any time.

The DocuSign Envelope events are now available in the History of Kahua documents so users can determine the exact status of any document that has been sent via DocuSign.

When a document is sent to DocuSign, the envelope events are surfaced in Kahua as the document moves through the DocuSign approval process.  In the example below, a document has been sent for approval to three contacts.  It has been approved by the first contact and is has been sent onto the second.  It has not yet been sent to the third and final contact. 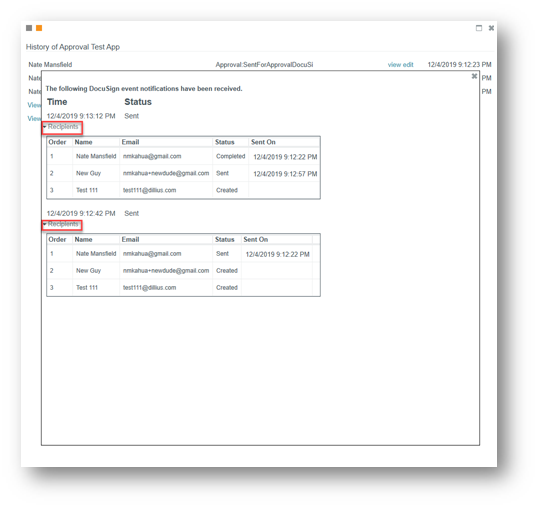 We are focusing on making the process of onboarding new users easier and more powerful.  With the 2019.8 release we’ve put in place all the infrastructure for these improvements and they will be enabled in an upcoming maintenance release.  For detailed information on the Invitation Template functionality, please see our Knowledge Base article.