A video overview of this release can be viewed here:

Included in this month's release:

Users now have the ability to enter comments during the file upload process.  This functionality is available within File Manager and in any app with the References or Attachments control. 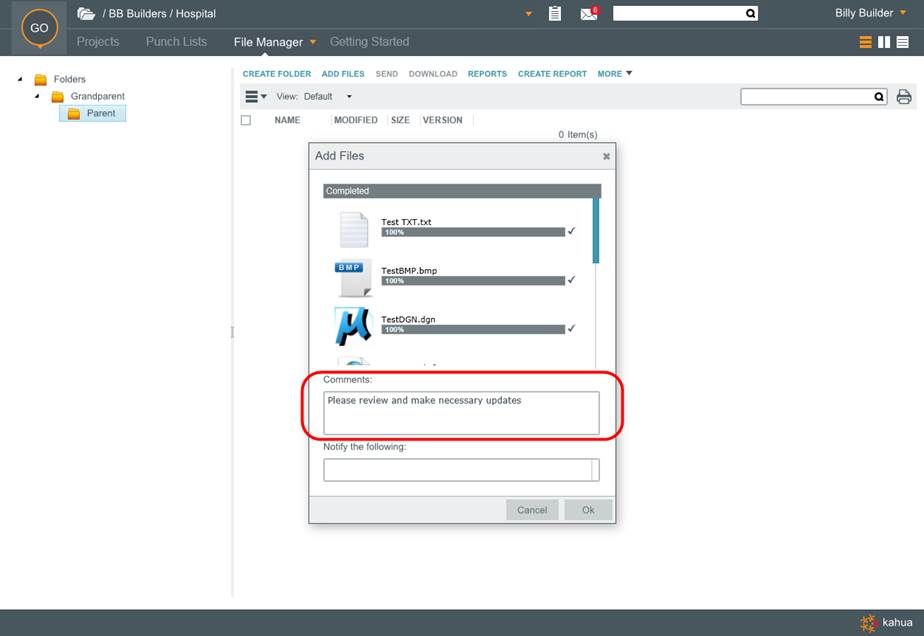 Comments will appear in the Versions table and the Comments section, where the file version will precede the comment text. 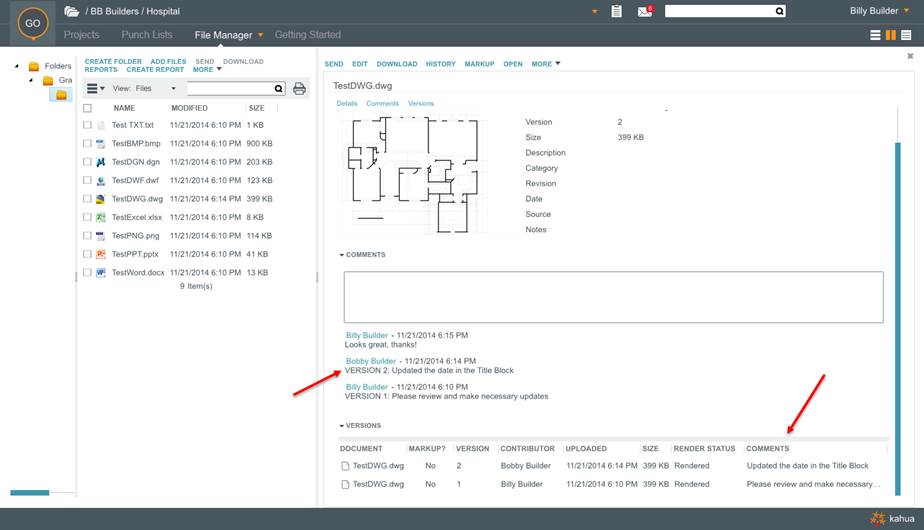 References and Attachments with hover to see entire comment: 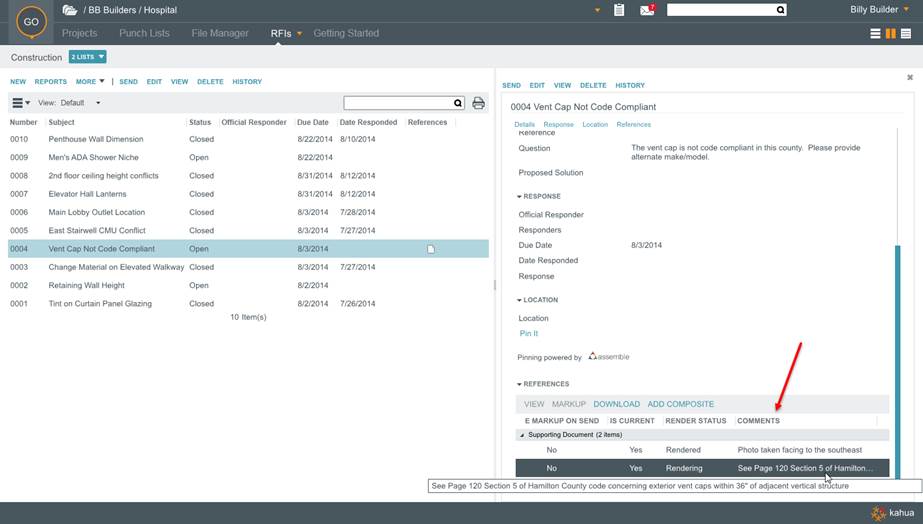 For those using the Bluebeam integration for file markups and annotations, Kahua now auto-flattens all saved markups and stores a flattened PDF file with the native file.  Flattened files are stored within File Manager and any application that utilizes the References and Attachments controls within the Kahua base applications as well as all extensions.  Flattened files can be viewed in the Kahua viewer using the embedded viewer, sent via Message to users or via Email to non-users, or downloaded to the user’s local disk.  Please note, for files to be auto-flattened, users must use the bFX protocol by selecting the “Markup” action on the selected file.

Bluebeam licenses can be purchased in the Kahua kStore at the link below:

General usage note:  At this time, after saving the Bluebeam markup, users will need to manually refresh the folder or document by re-selecting it in the list.  Kahua will be working to provide an auto-refresh solution so that the flattened PDF will be immediately available.

When one of the actions above are invoked, on files that have markups, users will be prompted that the selected file has markups and if they would like to use the file with or without markups. 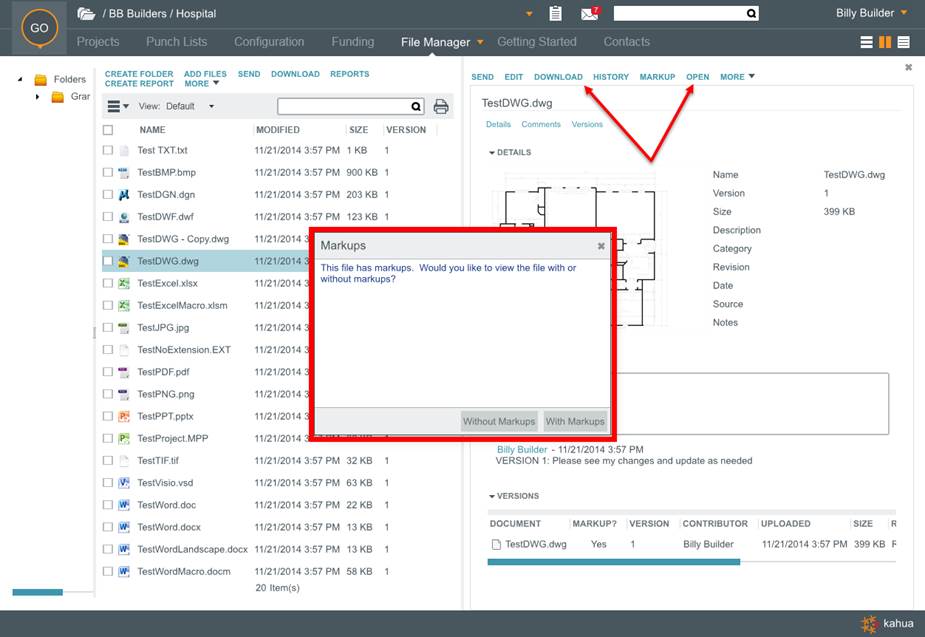 When sending a marked up file from an app with the References control, users can decide to send the original file in its native format, the flattened PDF or both.  This setting is defined for each uploaded file at the time of upload and can be changed at any time by editing the Reference file. 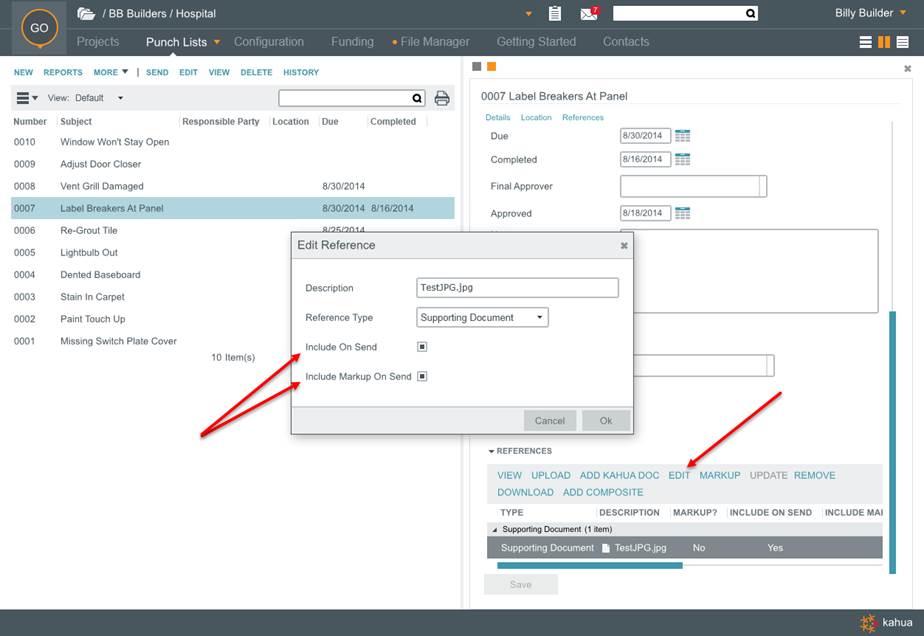 When sending a marked up file from File Manager or from an app that has Attachments or a Reference that is flagged to “Include Markup on Send”, the flattened file will be included and named “[OriginalFileName]_Markups.pdf”.  The Message sender does have the option to remove the PDF or native file prior to sending by using the “Delete” action. 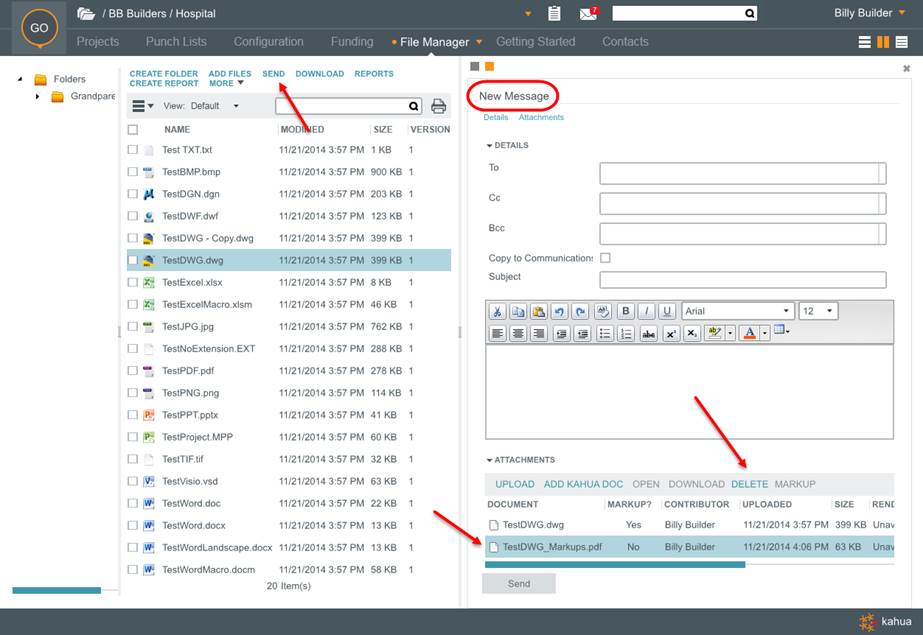