Kahua has updated the Licenses app to provide the ability to assign multiple product licenses to multiple users at the same time.  In the Licenses app, select "Assign Multiple" to open the detail pane which includes two sections:  Assign To and Products.  Use the "Assign To" attribute to select one or more users you would like to assign licenses to.  Use the "Product" checkboxes to select which licenses you would like to assign to the users defined in the "Assign To" attribute.  Please note: 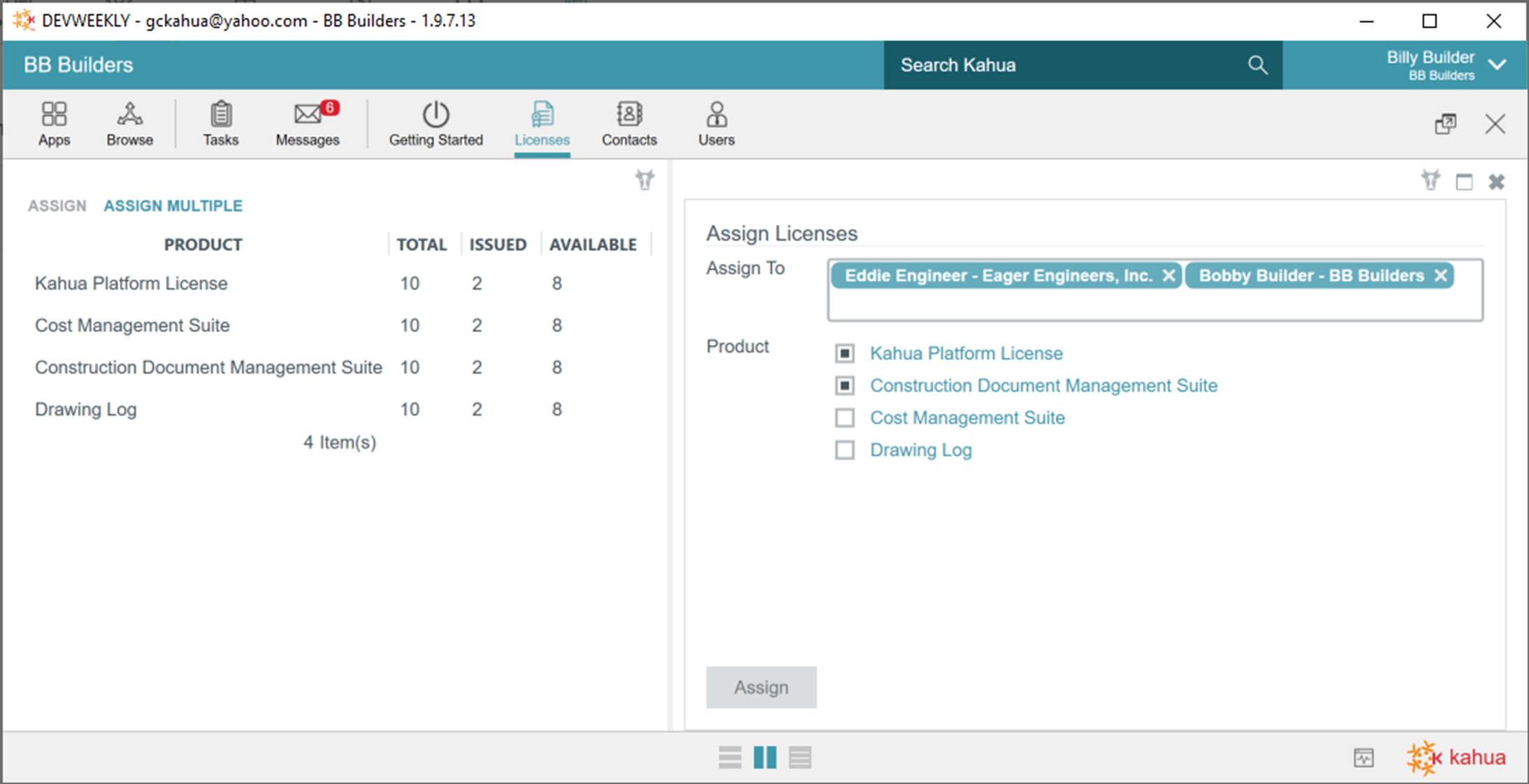 Each record loads individually and is validated on load and therefore will take longer to load based on the quantity of selected records.  For best performance, it is recommended to only select the items that will be edited.

As changes are made, an orange dirty dot is displayed next to any record that has been modified.  Clicking Save will apply changes and close the Multi Edit window.  Records are saved independently in the order they appear on screen.  Each changed record will be validated prior to save.  In the event of a violation, the user will be notified on screen and any additional updates can be made.  Note that any records appear prior to the violation will be saved in Kahua and the dirty dot will be removed.  Any records that have been changed but appear after the violation will not be saved and the dirty dot will remain.  After the user makes any updates, Kahua will start from the top of the list and attempt to Save all changes. 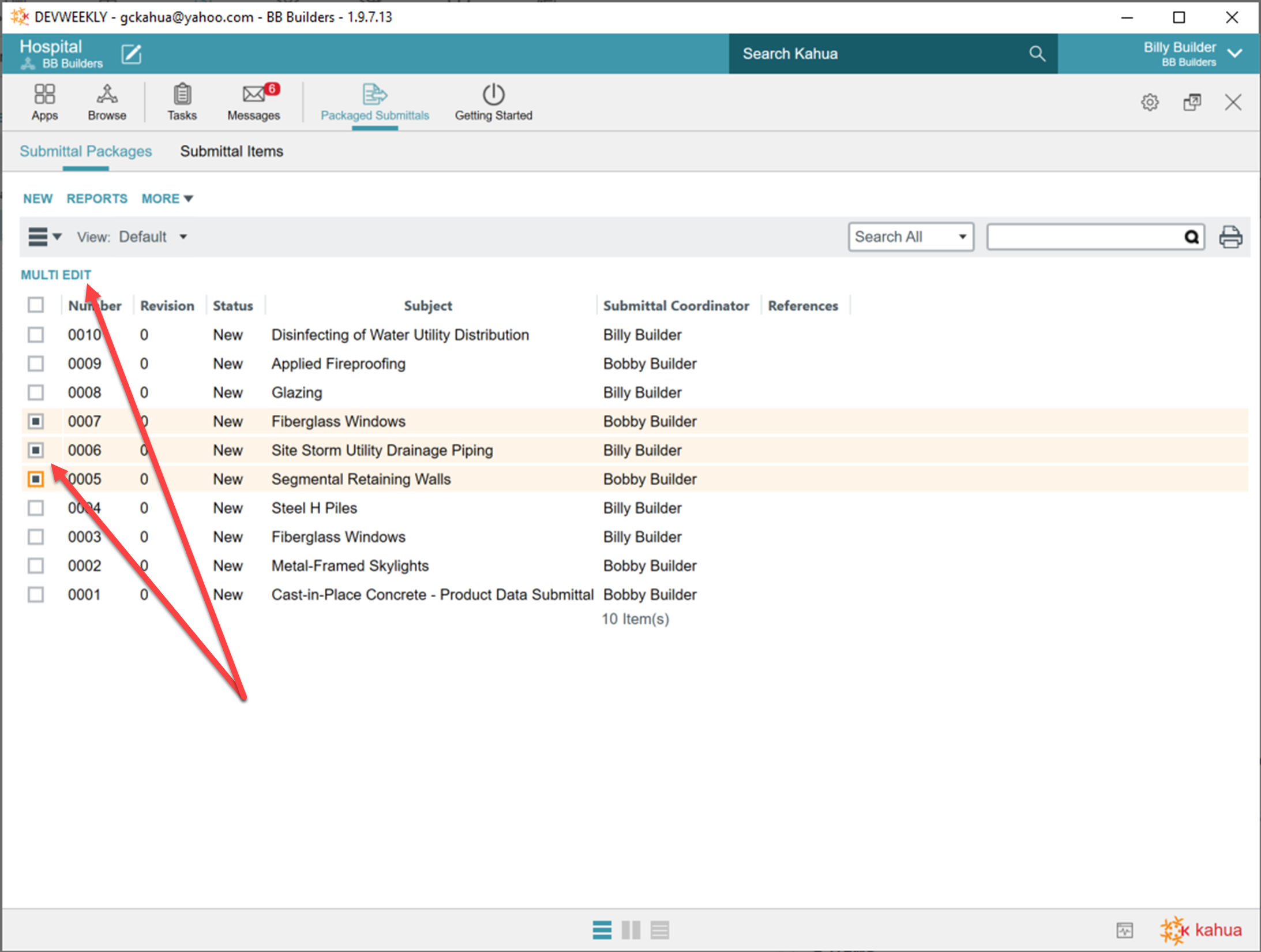 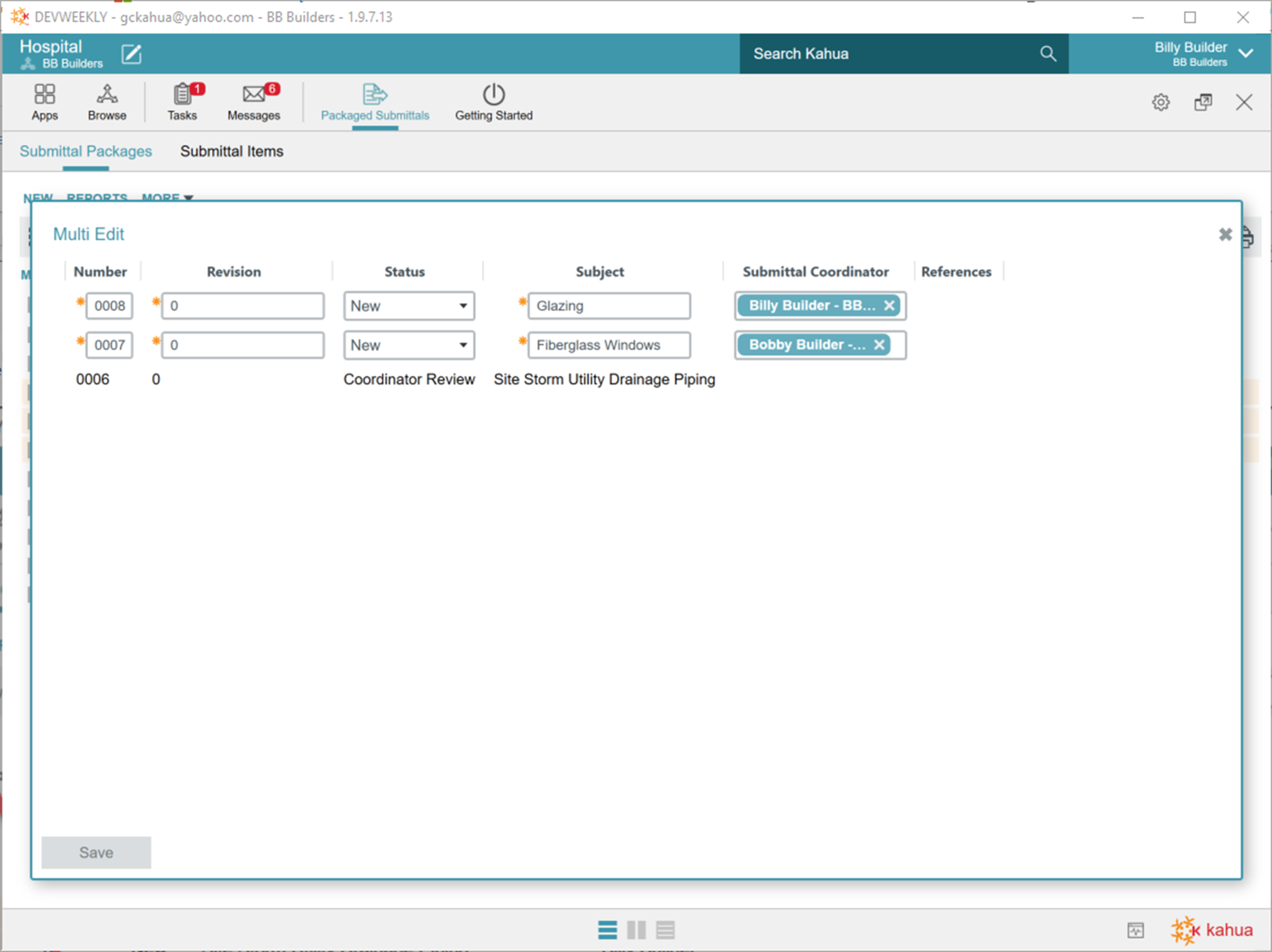 On Bid Solicitations, a new fourth Bid Item Type has been introduced, called “Quantity Only”.  This new type of Bid Item enables a Solicitor to fix the Unit Rate for specific items in a Bid.  It’s particularly useful when the Solicitor has an established Unit Rate with their Bidders for certain work tasks, and expects the Bidders to only provide their assessment of the associated quantities for those items.  What’s depicted below is the Bid Solicitation, in edit mode, from the Solicitor’s perspective.  The result is that when a Bidder receives a Bid Solicitation that has items defined as “Quantity Only”, they will be restricted to inputting Quantity only for those line items, and the Total for those items will be calculated based on the Unit Price that has been set by the Solicitor (and which the Bidder has no ability to change).  The corresponding values and associated calculations carry throughout the Bid process, from Solicitation, to Bid Room (including Import/Export), to Proposal, and finally to Bid Comparison.

The following changes have been made to Kahua for iOS and Android: